Graeme of Westmount Heritage in North Yorkshire has been working as a decorator for over 35 years but had become disillusioned with plastic exterior paints and modern building materials. He became particularly interested in why modern paints were failing. So prior to creating a new workshop / office to replace the two rotten ones that he inherited when he purchased the property, he started researching alternative materials to create a long lasting exterior building.

He had been disappointed with 'off the shelf ' exterior buildings he had owned in the past and the higher end ones he had previously worked on. Graeme’s view was that they tended to be constructed with poor quality materials, thrown together quickly and the ones which did have insulation used foam or polystyrene which he wanted to steer well clear of. He had seen many of these designs suffer from water ingress, condensation and problems with insects and rodents which he wanted to avoid with his workshop / office.

What came first were the two windows. He'd asked a carpenter he was working with if he had any old windows he didn't need. The carpenter had several that had been taking up space in his workshop for the last 20 years and Graeme obtained two of them . He then designed a workshop around the windows.

With quite a bit of research he decided upon a timber framed building system that was breathable, well insulated and used a substantial amount of sustainable materials. Siberian Larch was chosen for the cladding on the exterior. He wanted it to have a "Good Hat", and put an EPDM flat roof on with large soffits to give a bit more protection. The windows came with a pink primer already on which he then removed. After researching exterior paints he was very interested in trying linseed paint, and chose Brouns & Co Maastricht Blue on the cladding and fascia boards and external sliding door. The windows, and trim were painted in Brouns & Co Project White.

Inside was fully insulated with sheeps wool insulation, with the ceiling and walls being finished in lime plaster and coated in four coats of limewash. The internal windows, door and skirting boards were painted using linseed oil paint Brouns & Co Haddon Estate Grey. The floorboards were treated with linseed Satin Wood Oil in the colour Mombai . All gaps around windows and skirting boards were filled with oakum and lime putty.

Graeme was very pleased with the finished product and with all materials used and we can understand why. He also said “ I am extremely pleased with the linseed paint and will be using it on clients properties”.

If you are in North Yorkshire and looking into using linseed oil paint on your property and require help, Graeme can be contacted at Westmount Heritage Tel : 07840 232284 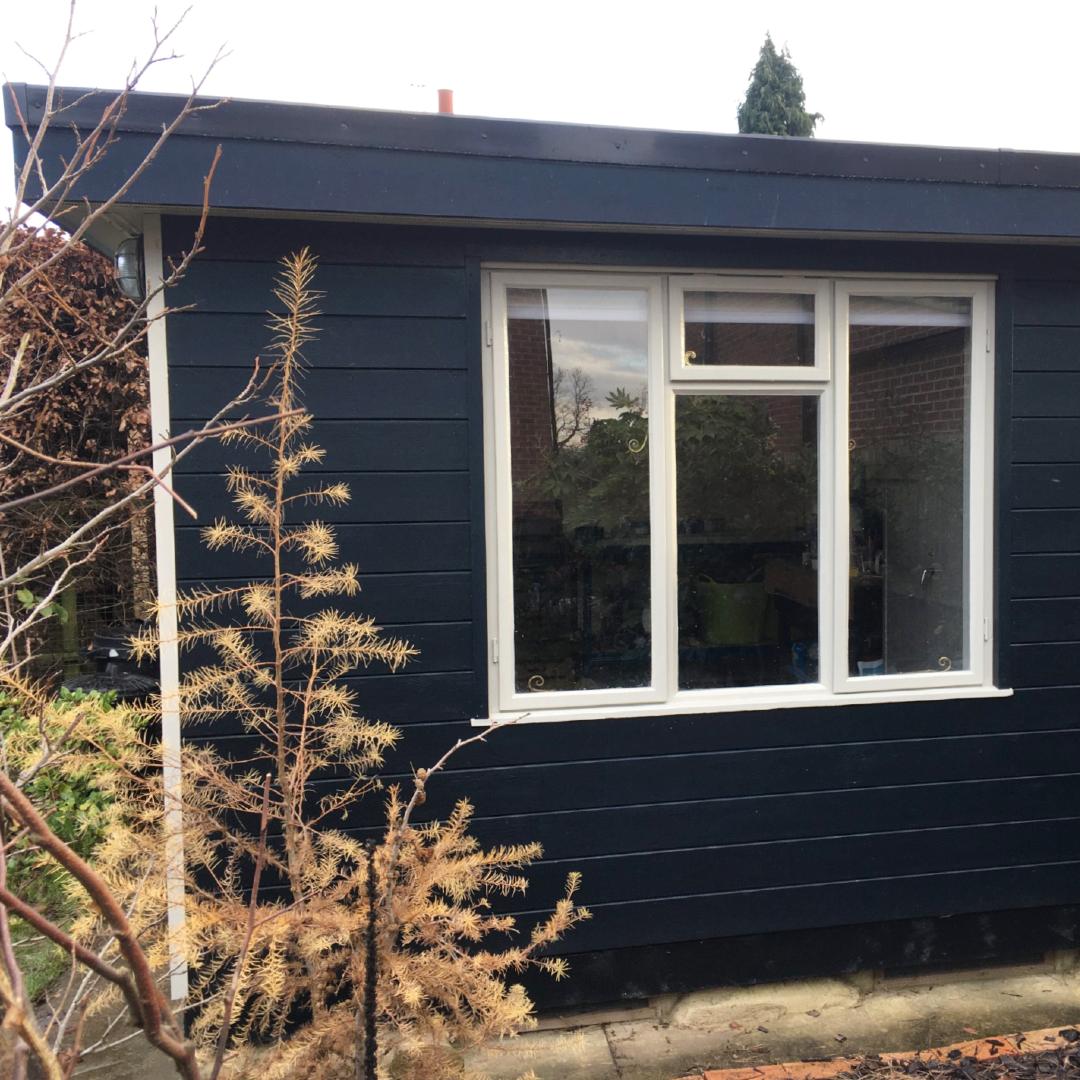 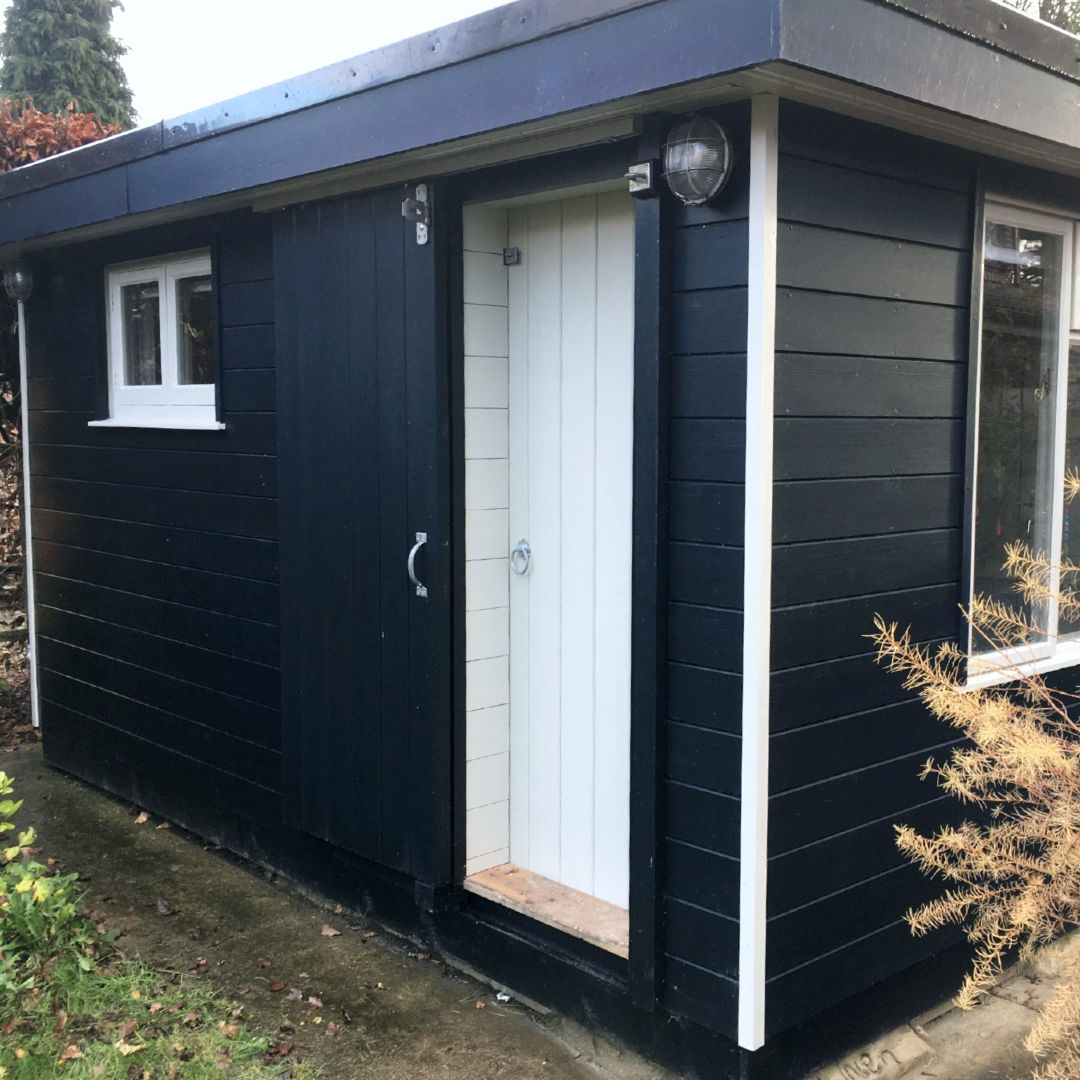 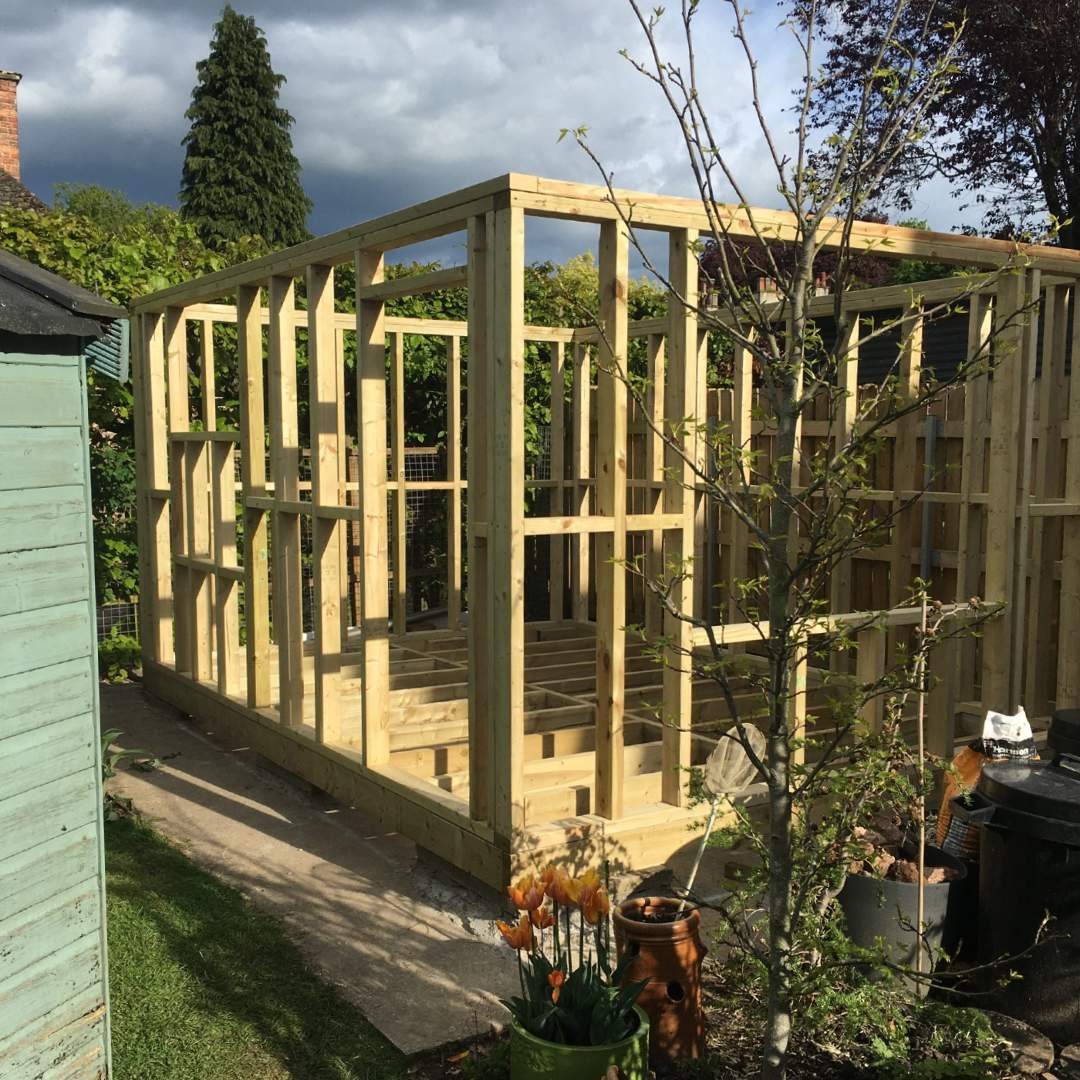 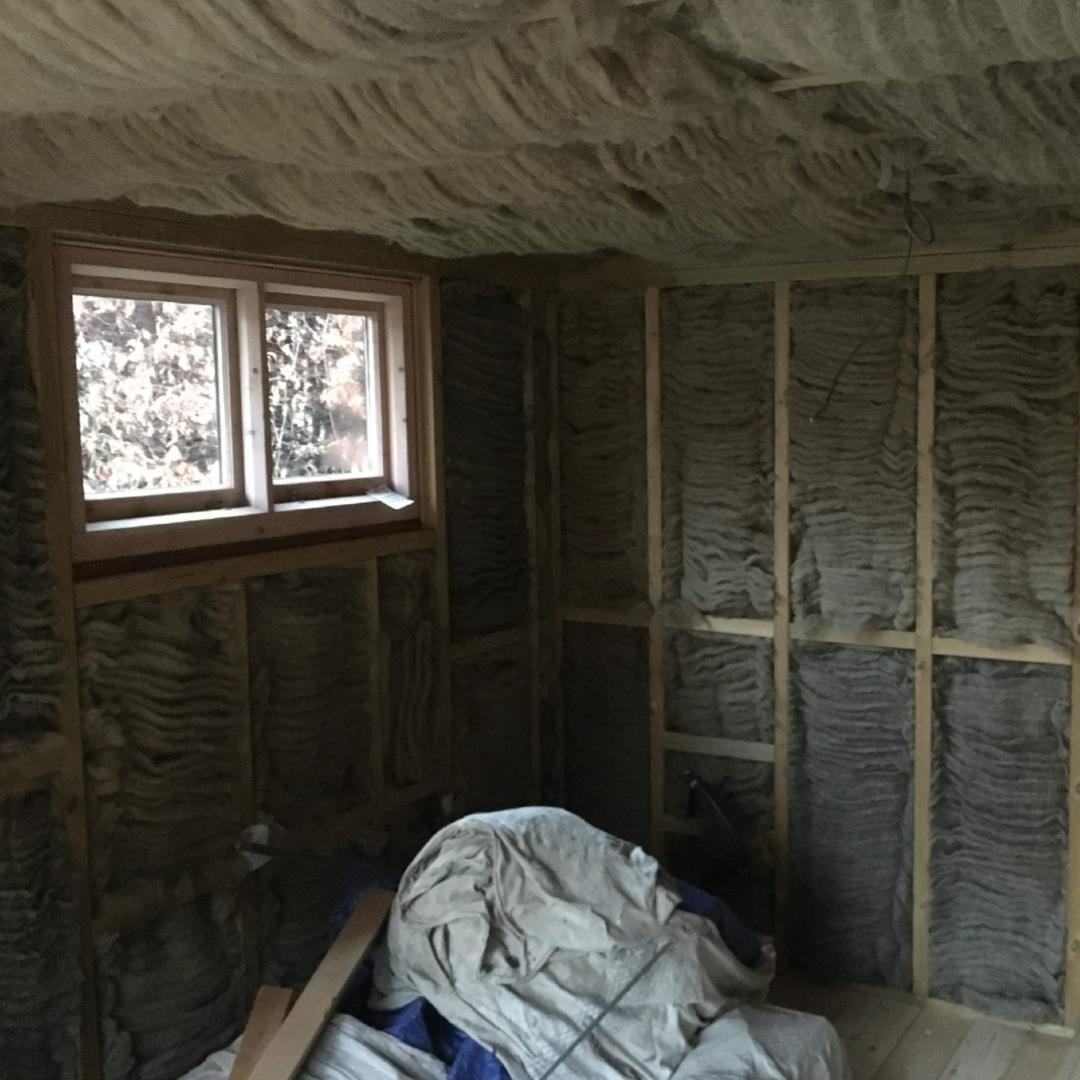 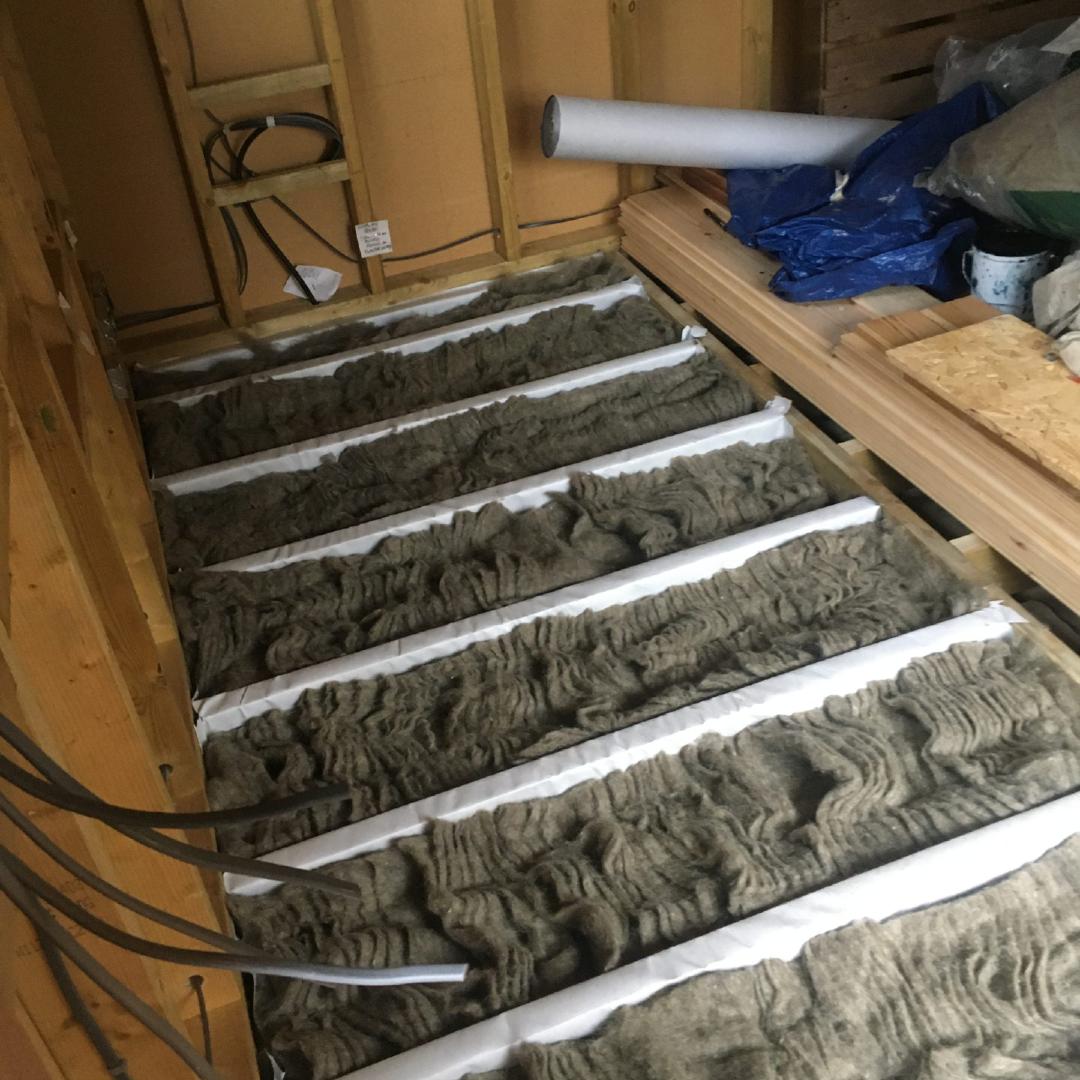 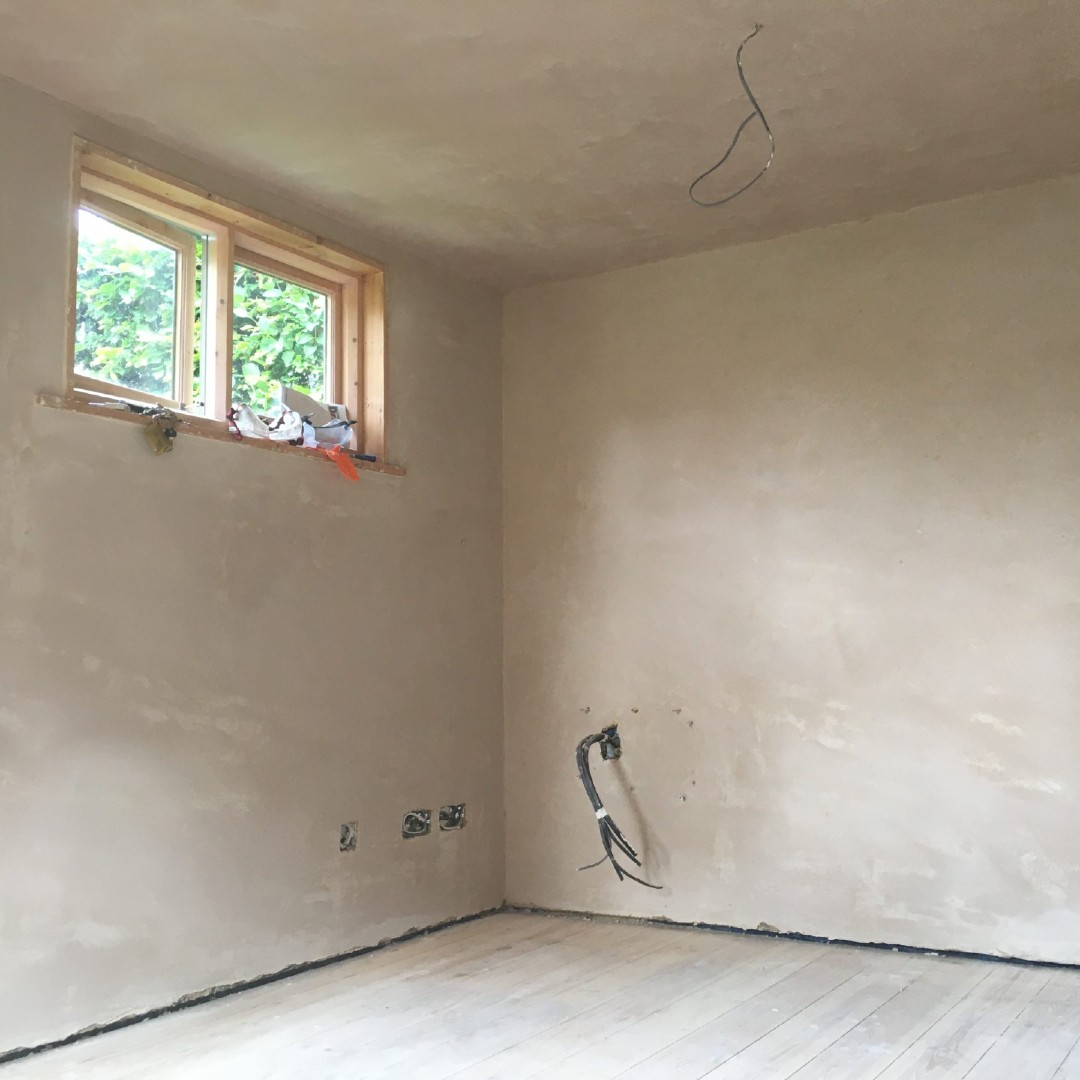 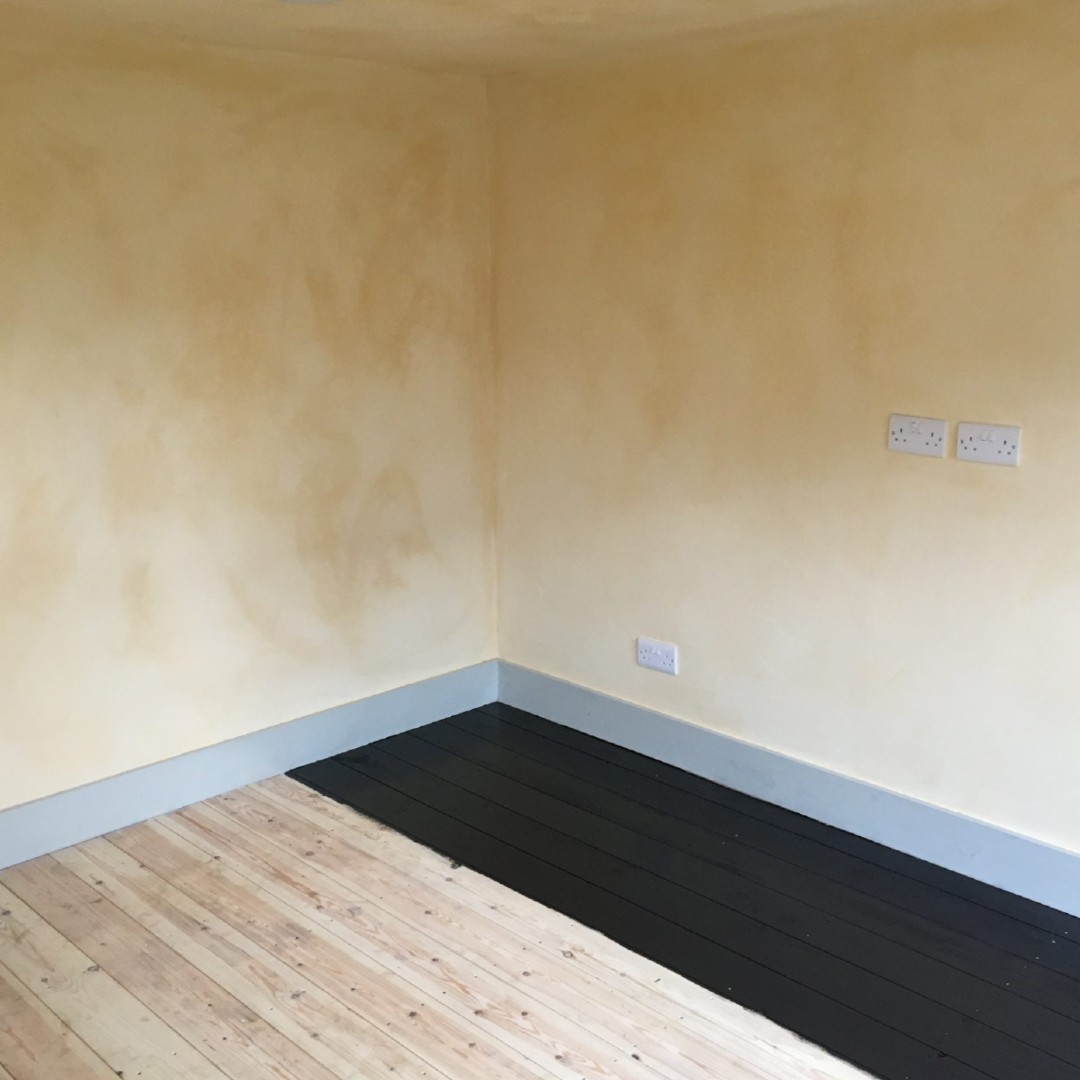 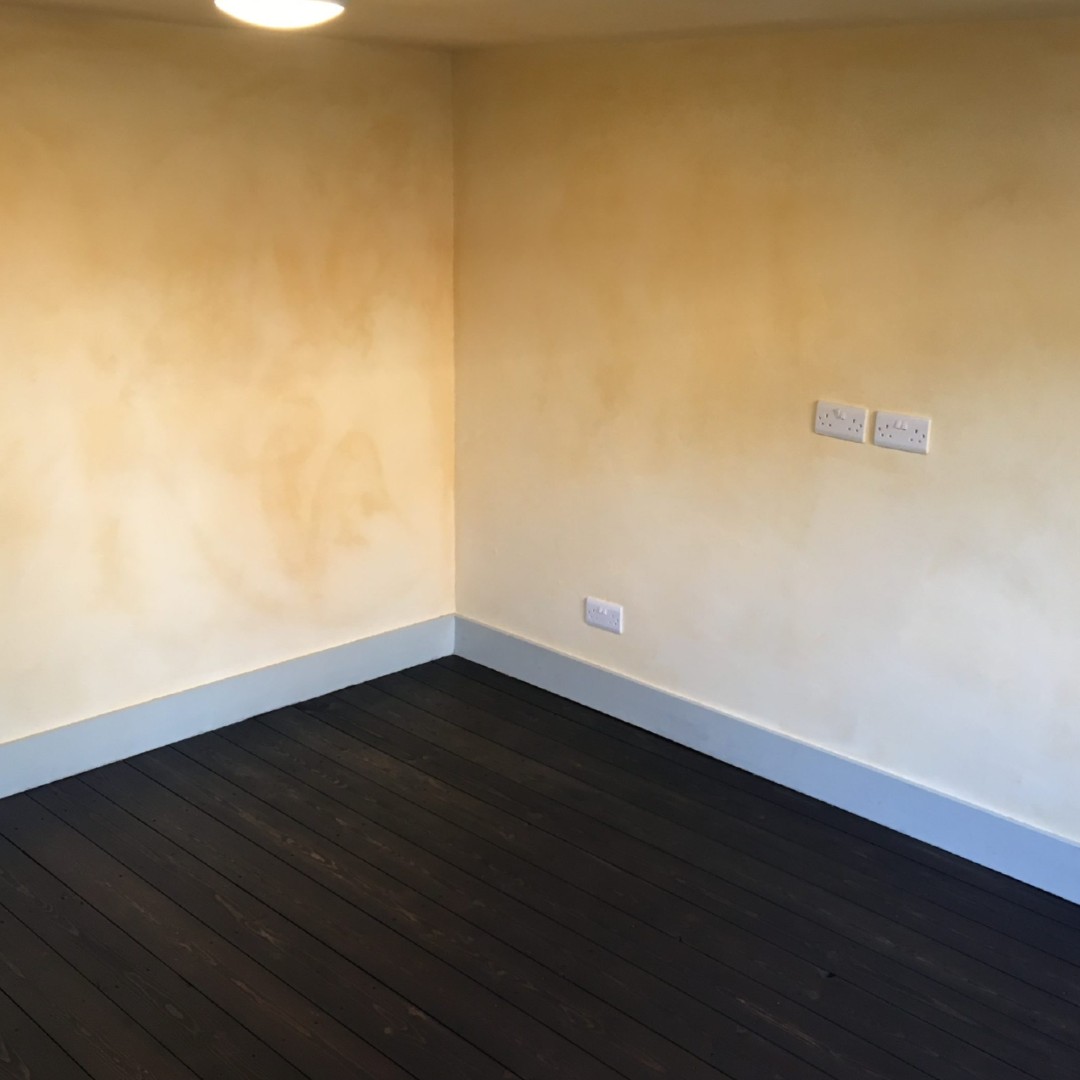 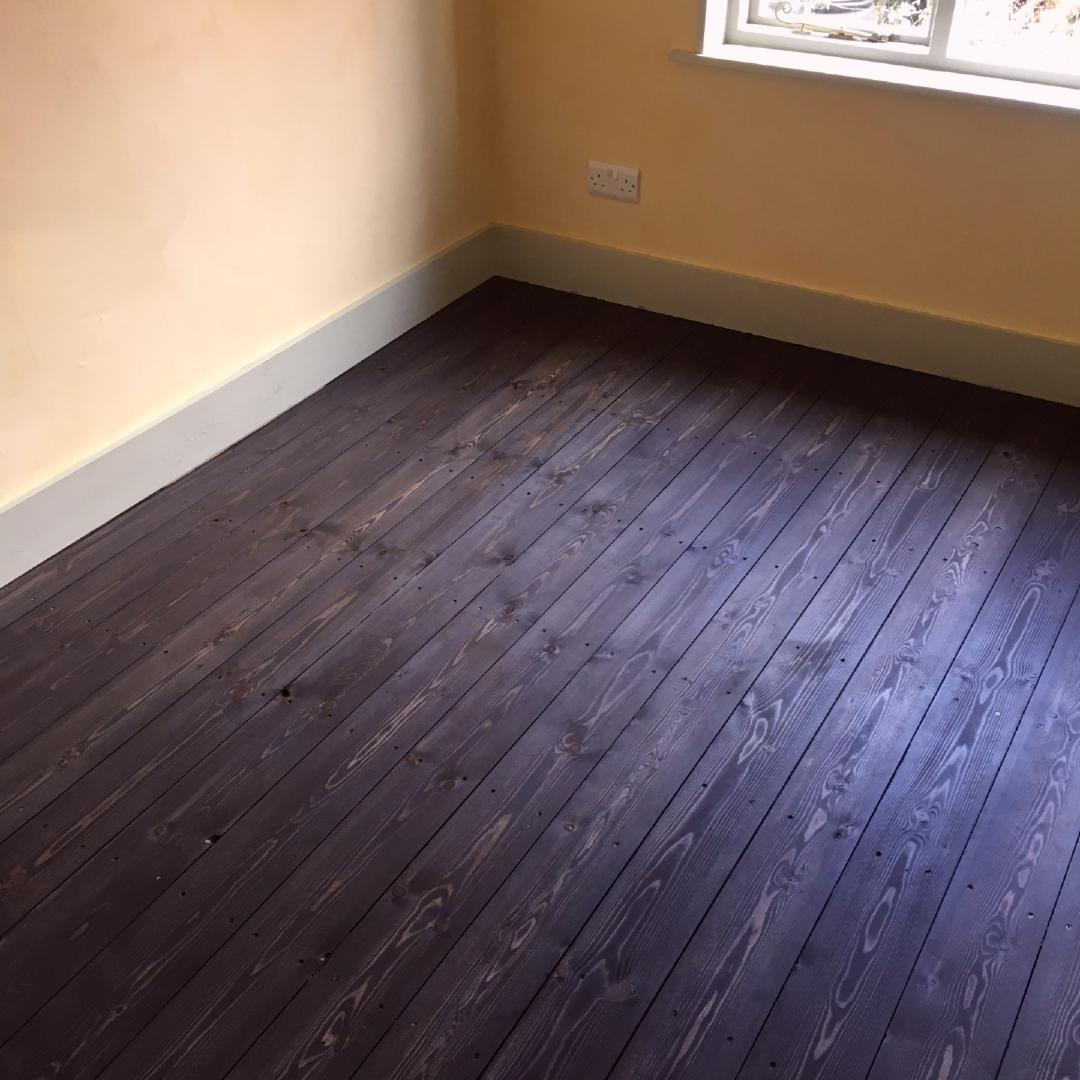 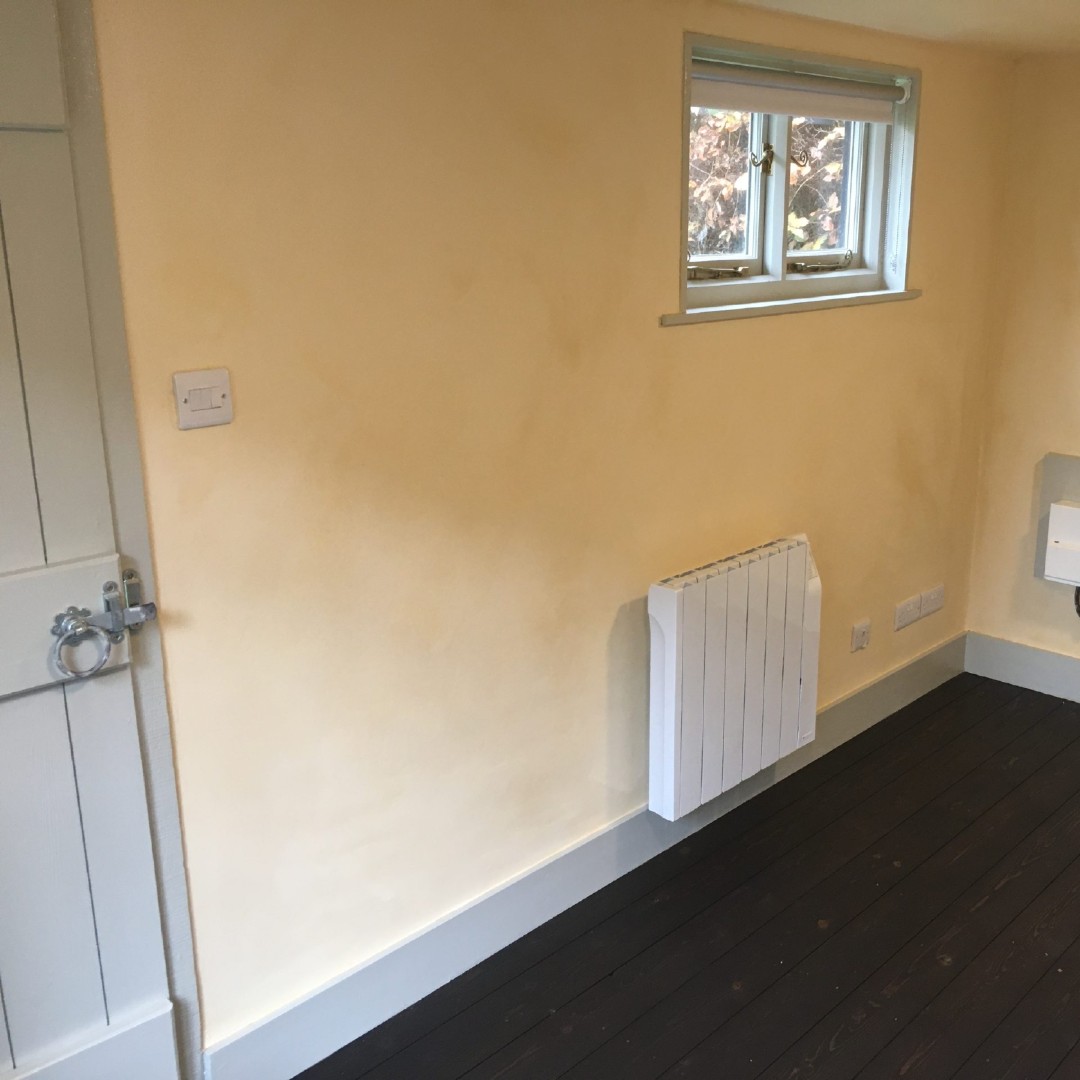