Every now and again, we come across historic texts which are so apt, they might as well have been written last week. James Gallier’s The American Builder’s General Price Book And Estimater, published in Boston, MA in 1836, is such an example. 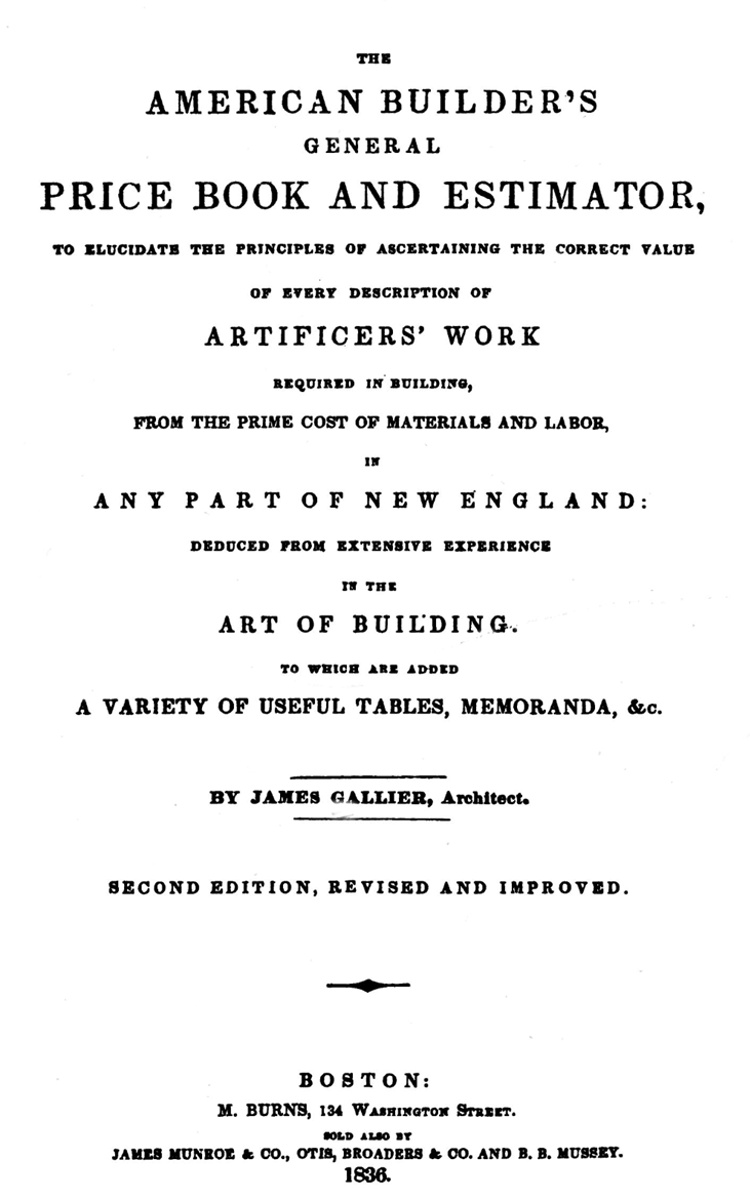 This gem was brought to my attention by Shawn Beckwith from Connecticut Landmarks.

In most cases, two coats of paint are considered quite sufficient for every purpose, when even these are perhaps composed of boiled oil, new lead, and other colors laid on without any body upon the work : this produces a gloss for a short time; but as the oil soon becomes absorbed by the wood, or plaster, or evaporated by the action of the atmosphere, the surface of the wood is left bare, and every imperfection of the joiners' or plasterers' work exhibited to the eye; rendering it necessary to paint the house every year, or second year at farthest, to keep it in any thing like respectable condition. Whereas, if, when a new house has stood a year or two to give time for the walls to become dry, and the joiners' work, floors, and partitions to have shrunk, and become properly settled, one good painting, with four coats of body color, composed of the best materials, and properly executed, will last for several years by occasionally cleaning the surface of the paint, and will always look incomparably better than when done in the former manner, even with painting every year.

Other than the paint containing lead, nothing else has changed. And it appears that 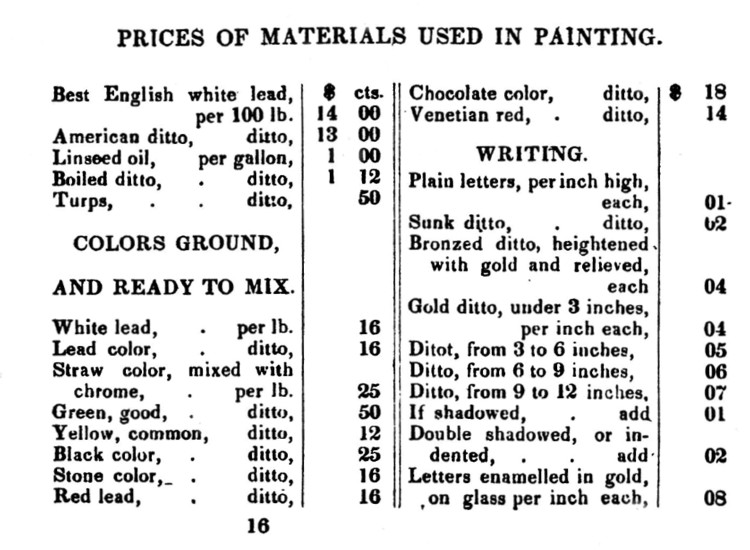 The cost for applying the paint was, however, on a slightly different scale from current market prices. 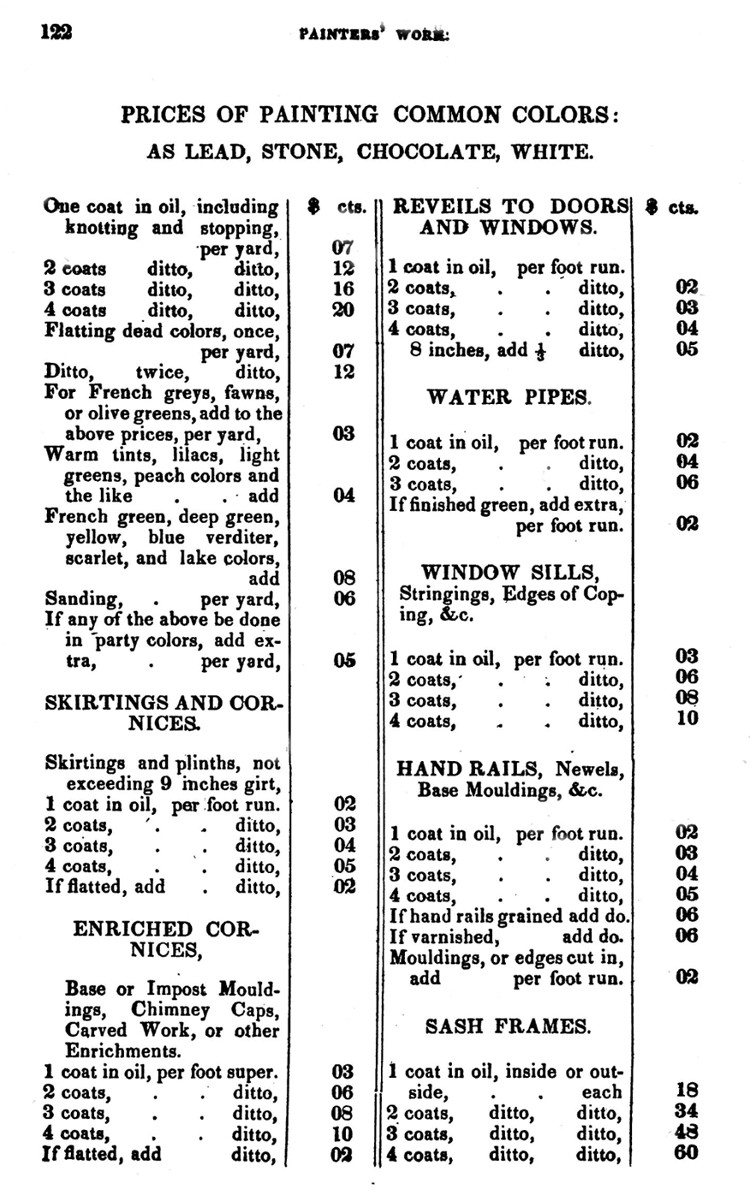 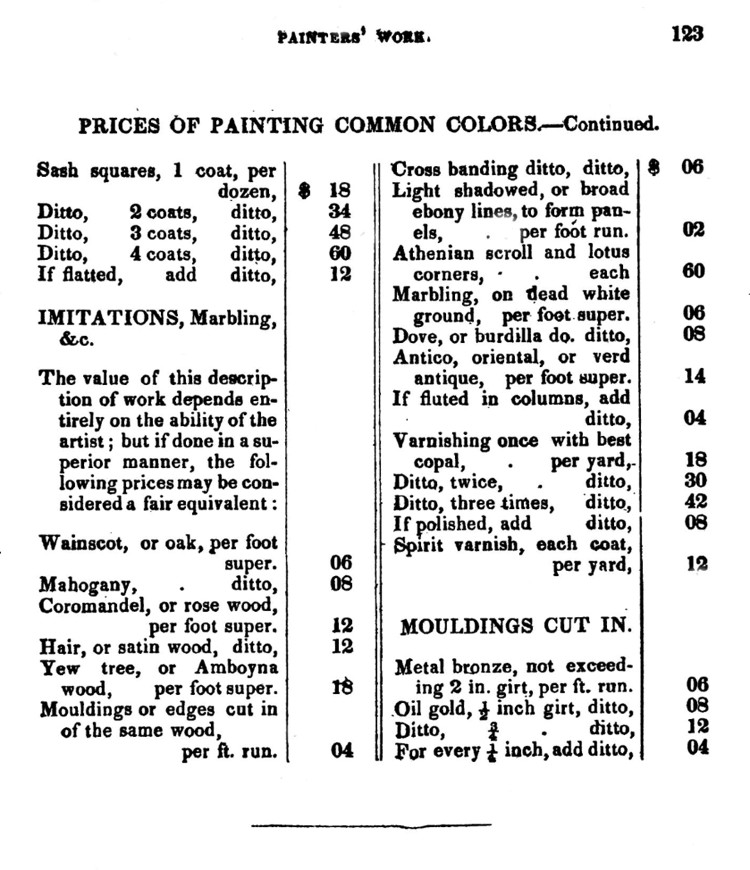 Cutting corners is of all times, though and as Gallier points out, doing this will only increase the maintennace and added cost further down the line. Not that we needed this pointing out by a 19th century architect, because we know this already, don’t we?