This property was purchased by the current owners in 2013. It had endured a brutal facelift in the 70's with a porch being added and subsequently the windows being replaced with plastic double glazing.

The owner having previously studied architecture, and with a active interest in traditional building methods, set about restoring the property that is based on a typical Westmorland long house plan. The main fire room is entered from an internal corridor called the cross passage, which has external doors at either end. Next to the cross passage was the down house, which would have originally been used to house livestock, but in this case the owner believes was initially converted into a cottage and later included as part of the main house accommodation. The property is thought to have been built around 1800.

The porch was removed first and the later the PVC windows were replace with traditional wooden sashes. These were then painted with Brouns and Co linseed paint using the colour Old Lead.

These images illustrate the transformation and what can be achieved with care attention to detail using traditional building methods, a truly stunning outcome. 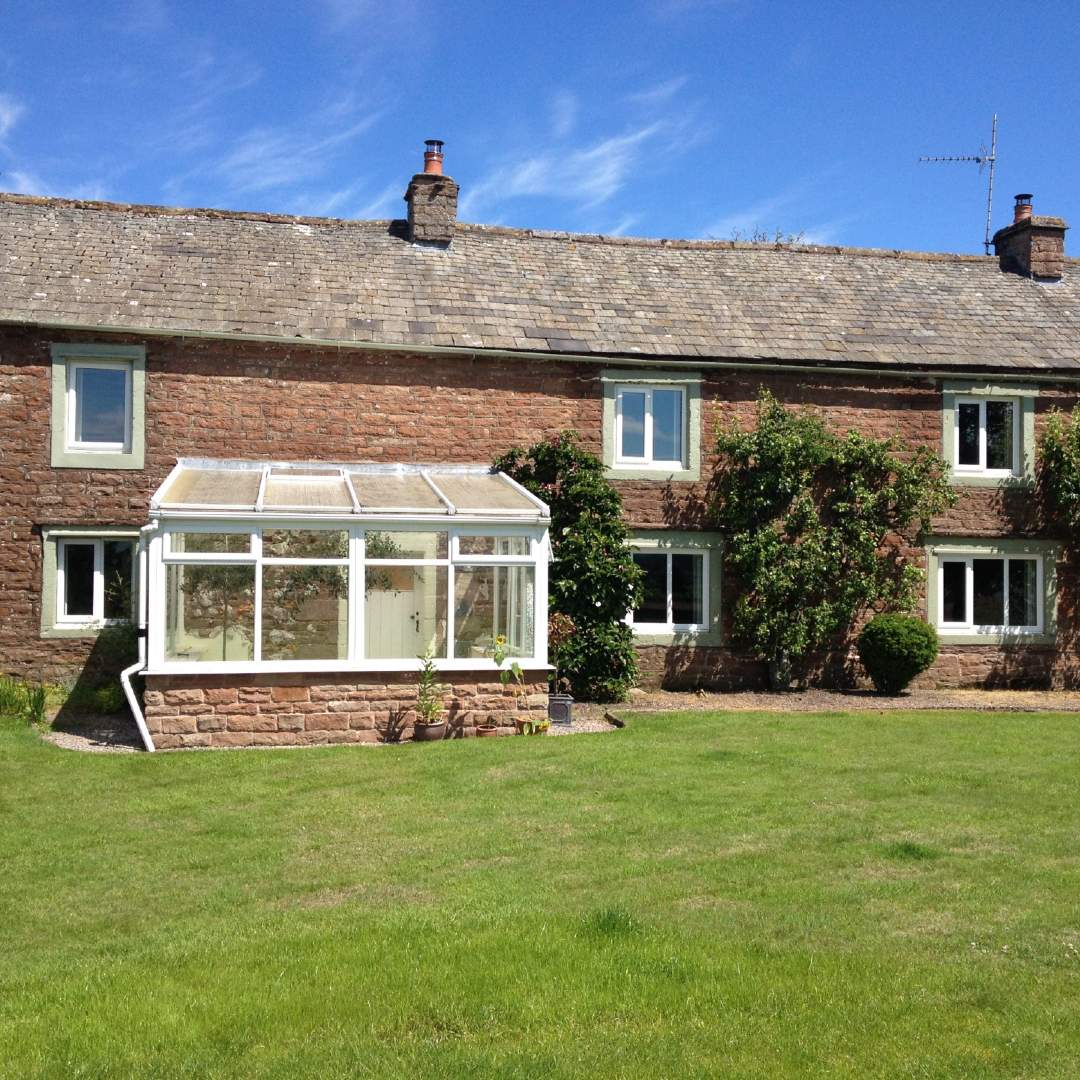 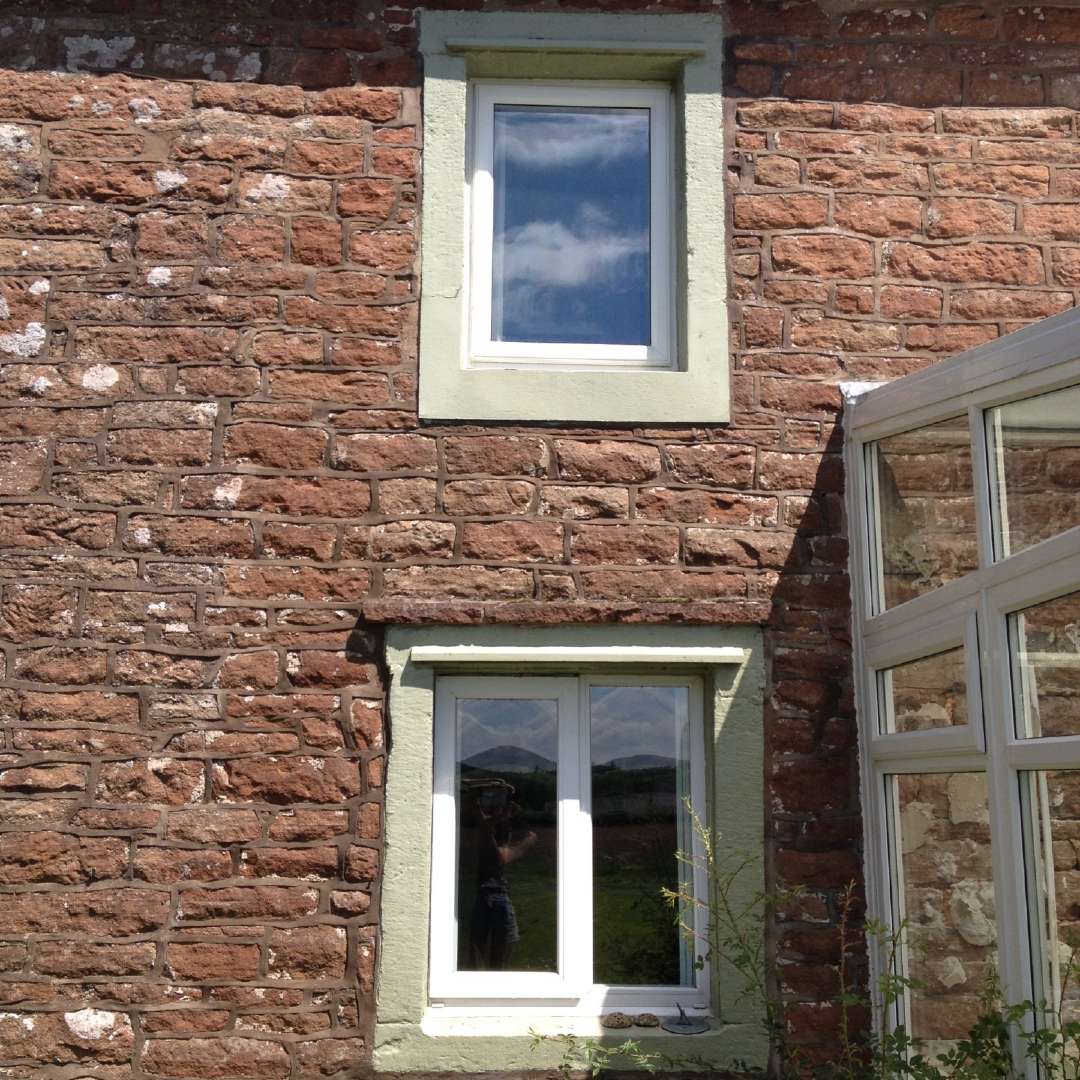 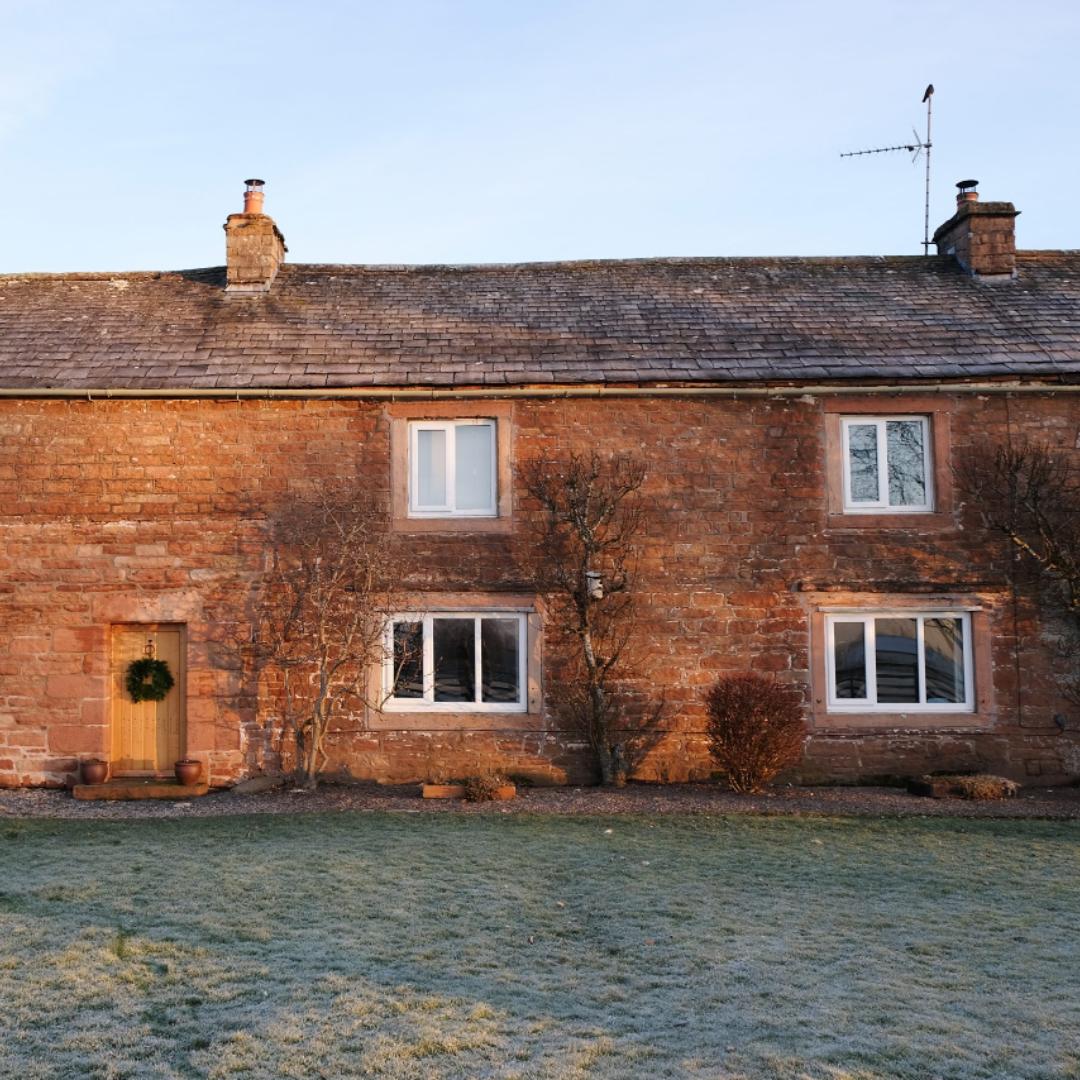 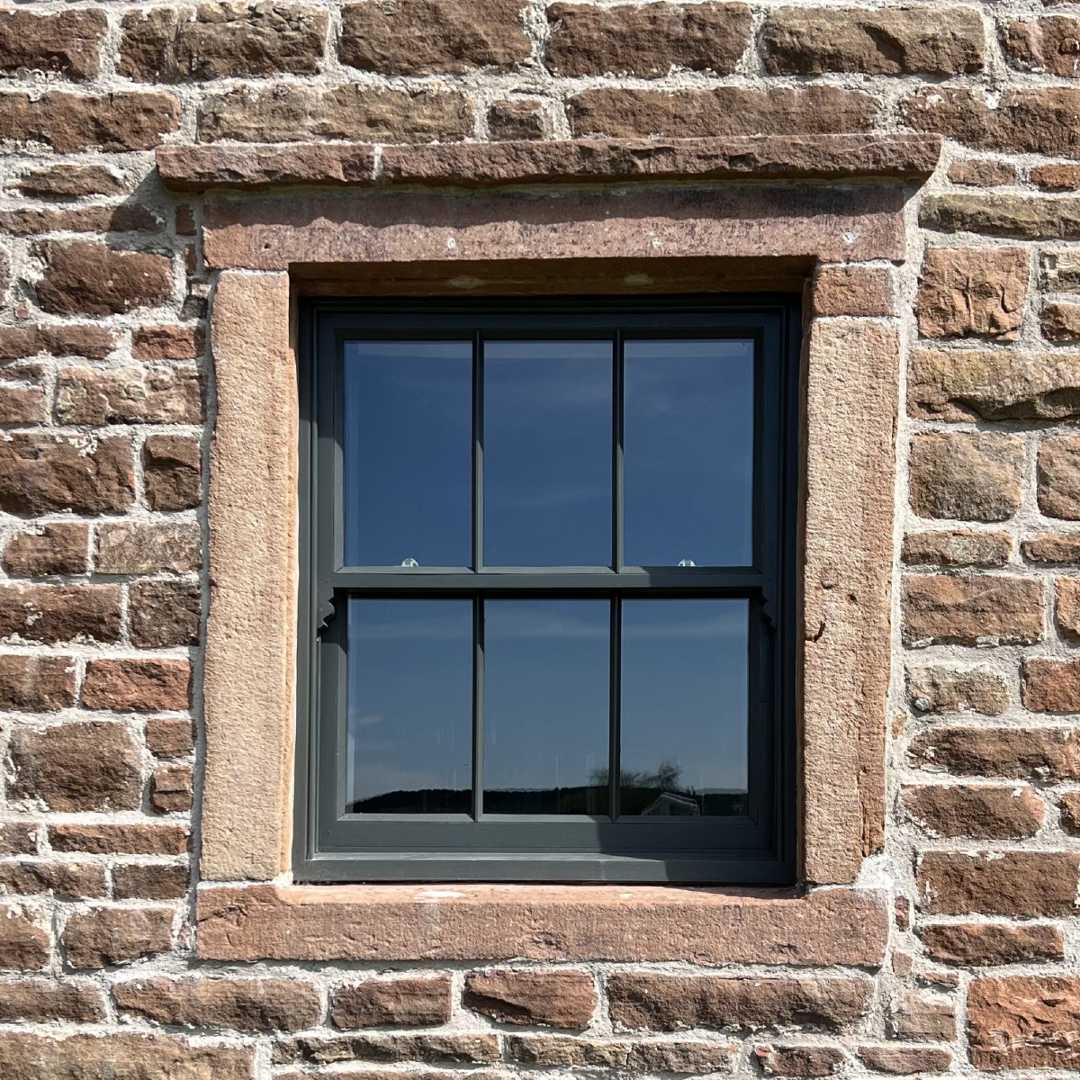 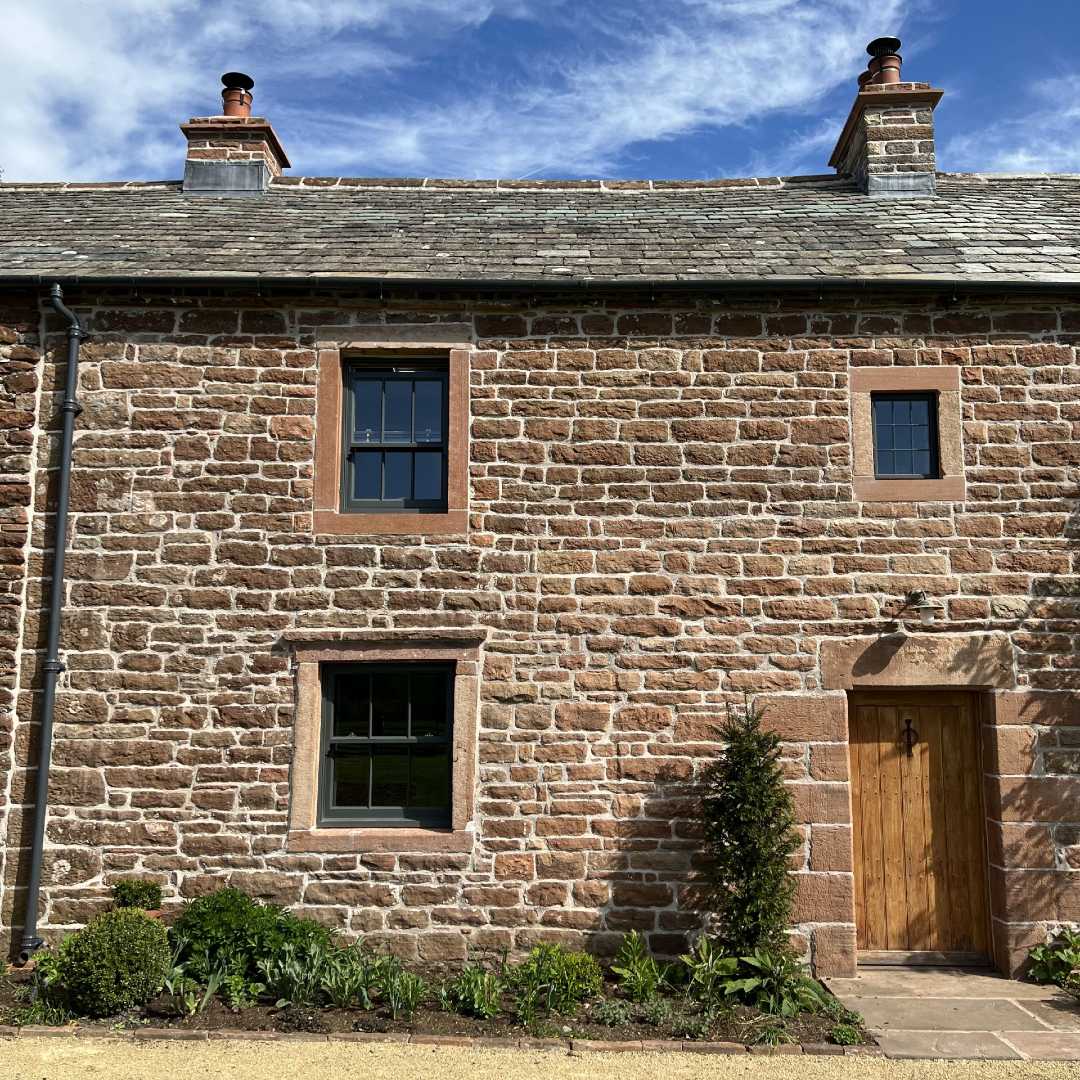 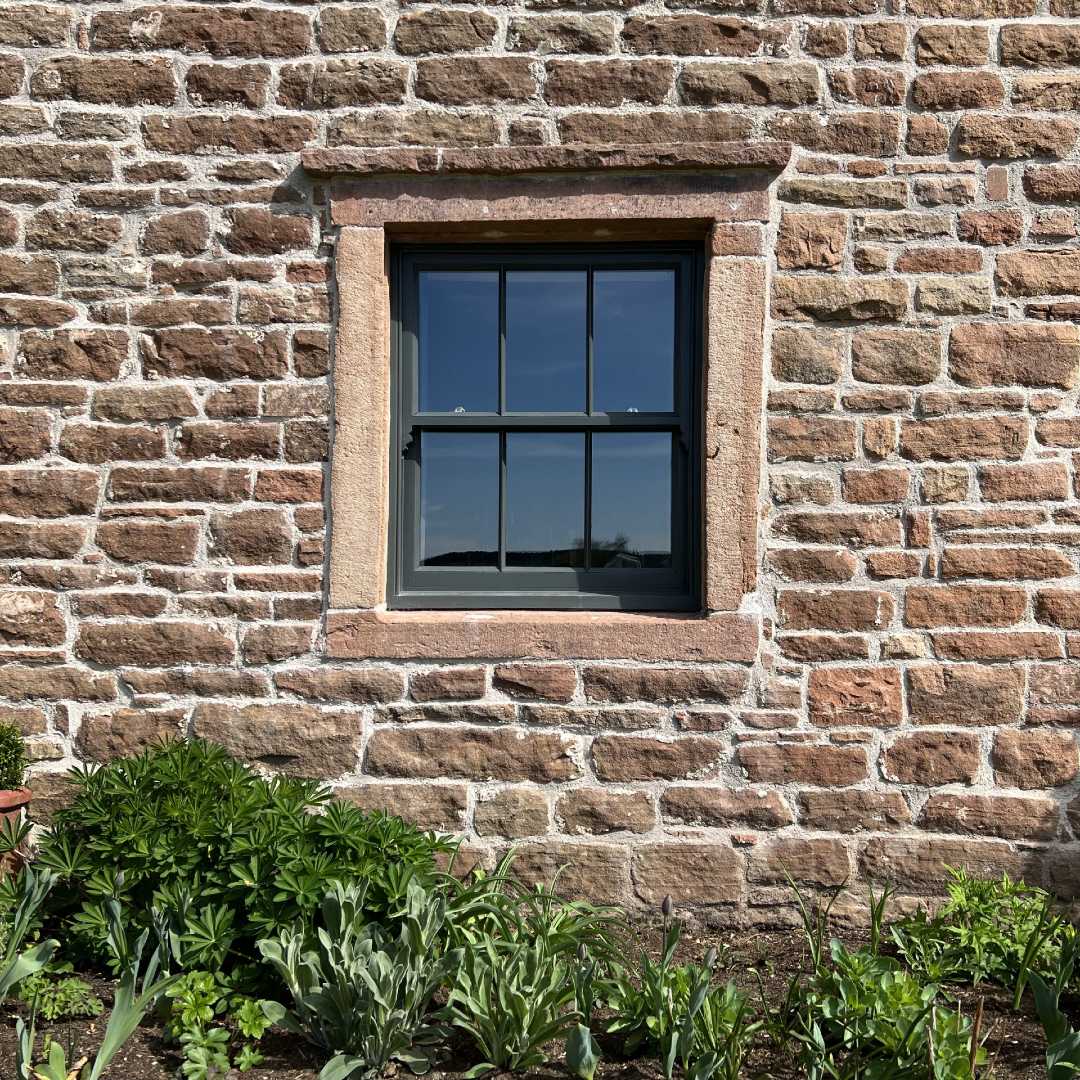 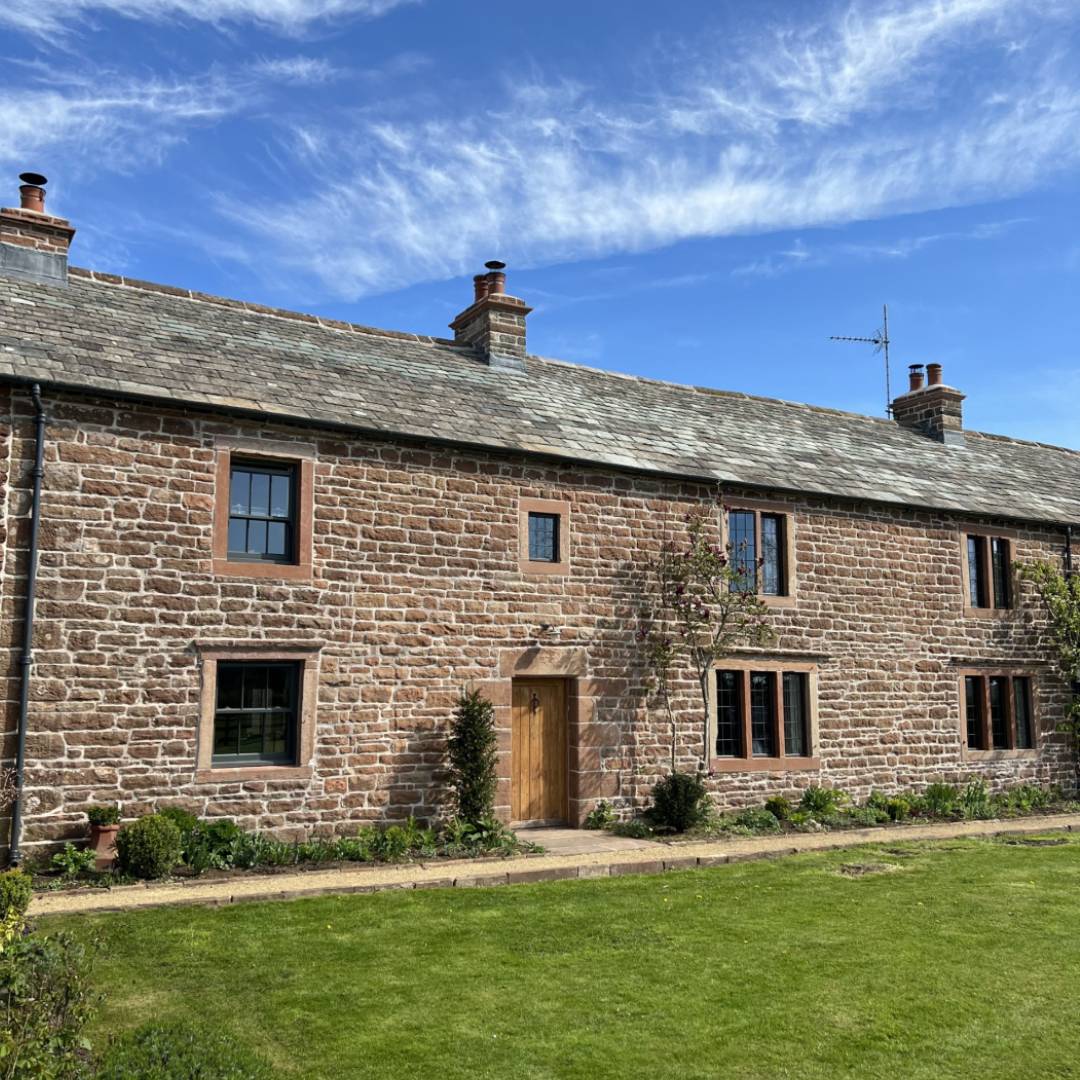