Peter Galloway is using Brouns & Co linseed paints as the mainstay of his painstaking restoration of a 300-year old timber-framed mansion that he has transported 1,000 miles, from East Hartford in Connecticut down to the historic coastal town of Savannah, Georgia.

In its new location the ancient property, known as Hills House, has been carefully reassembled and is undergoing a complete restoration that will return it to its 18th century glory and with a brand new identity as luxury accommodation for visitors to leafy Savannah.

Peter, along with his brother who is an artist, researched the paints and materials that would have been used on the original building in order to try and source as authentic a match as possible from products on the market in the 21st century. “We did a paint analysis on the woodwork in several of the rooms and found that linseed paint had been used, with evidence of some quite striking colours such as ‘lamp black’,” said Peter. “After some research it become clear that linseed paint wasn’t very widely available these days, and especially not here in the US.

“When we discovered the Brouns & Co website though we reached out to them in the UK and were really impressed with their passion, friendliness and expert knowledge about linseed paint. Their colours were also historically accurate and perfectly in keeping with Hills House.”

Using Brouns & Co linseed paint for the timber interiors throughout the property, including the raised panelling, window architraves and doors, Peter opted for Brouns & Co’s blue-grey Shangri-La, the light grey Church Bell and Georgian Pink, as well as dramatic Amsterdam Green, all of which were very close to the original shades used in the house. In the attic, rich Brodsworth Brown was chosen to contrast perfectly with the white lime wash of the walls.

“The linseed paint was really easy to use with great instructions from Brouns & Co, and of course with no noxious fumes thanks to the paint’s natural ingredients.”

Peter is nearing completion of his ambitious restoration project, after covid and lockdowns drew activities to a temporary halt, and he hopes to be able to open Hill House to guests in June. 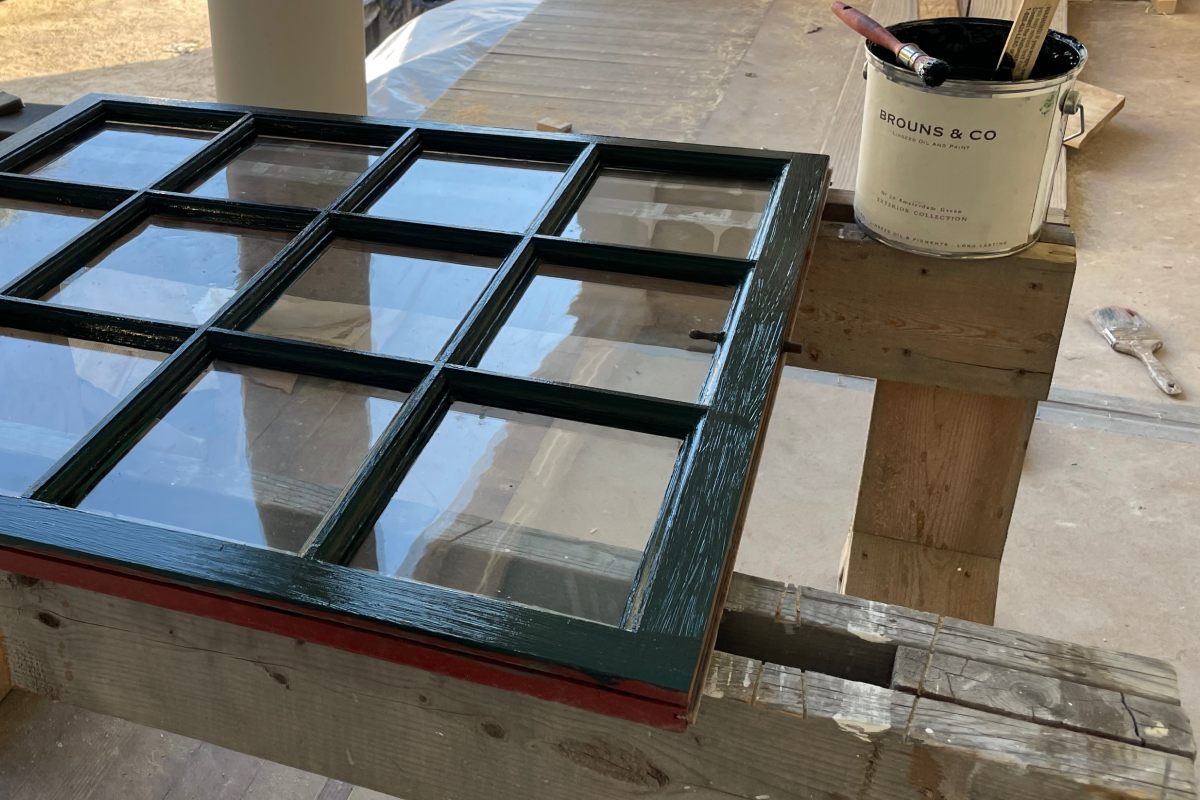 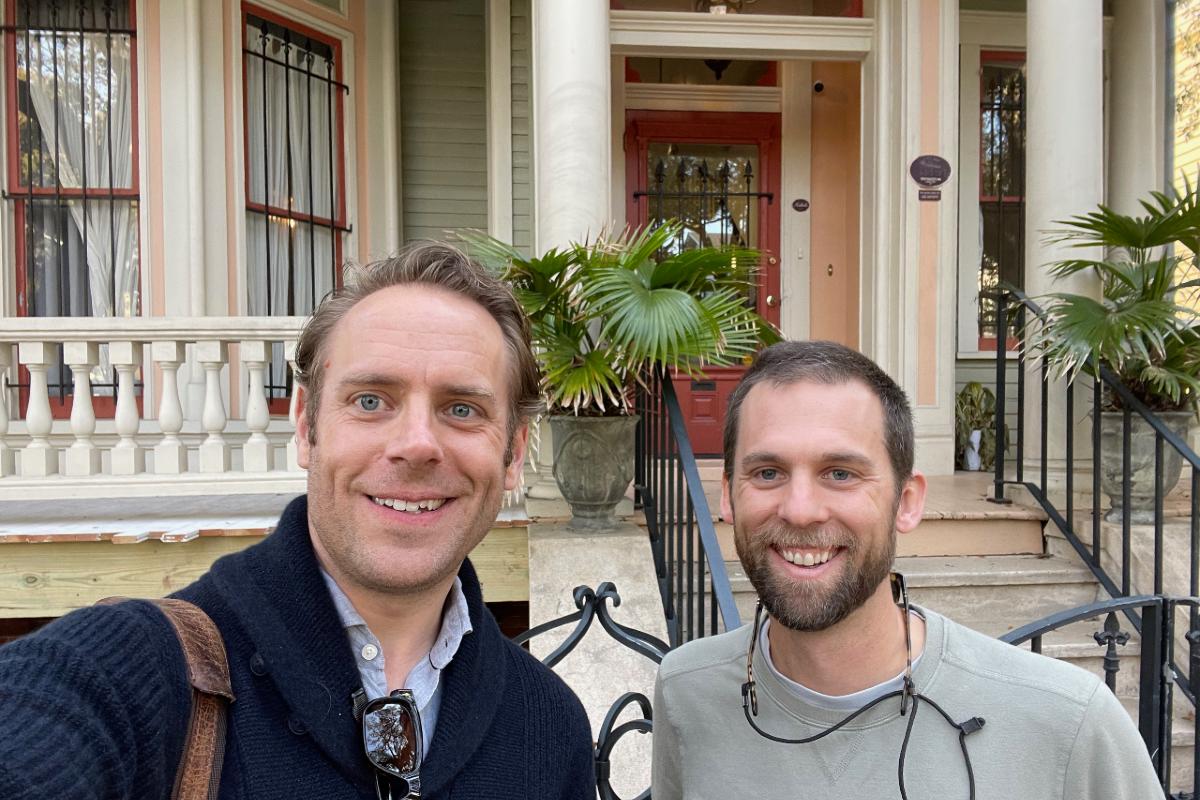 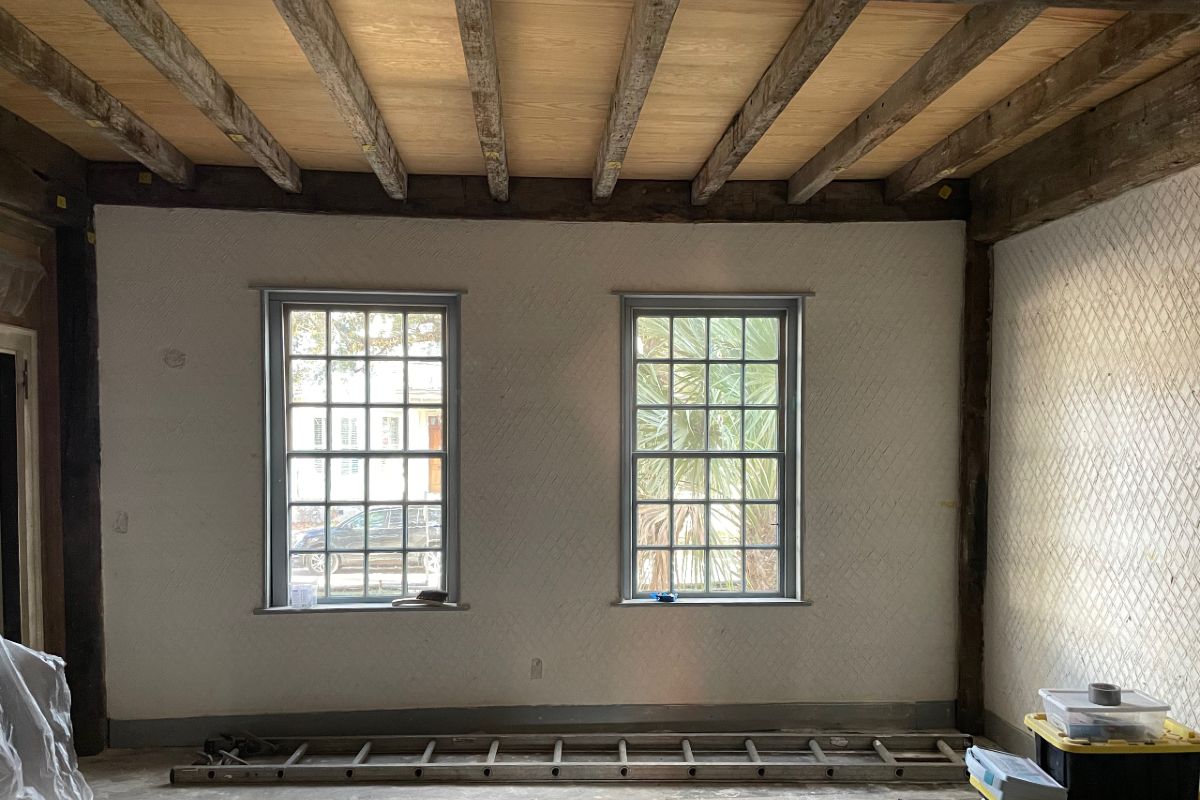 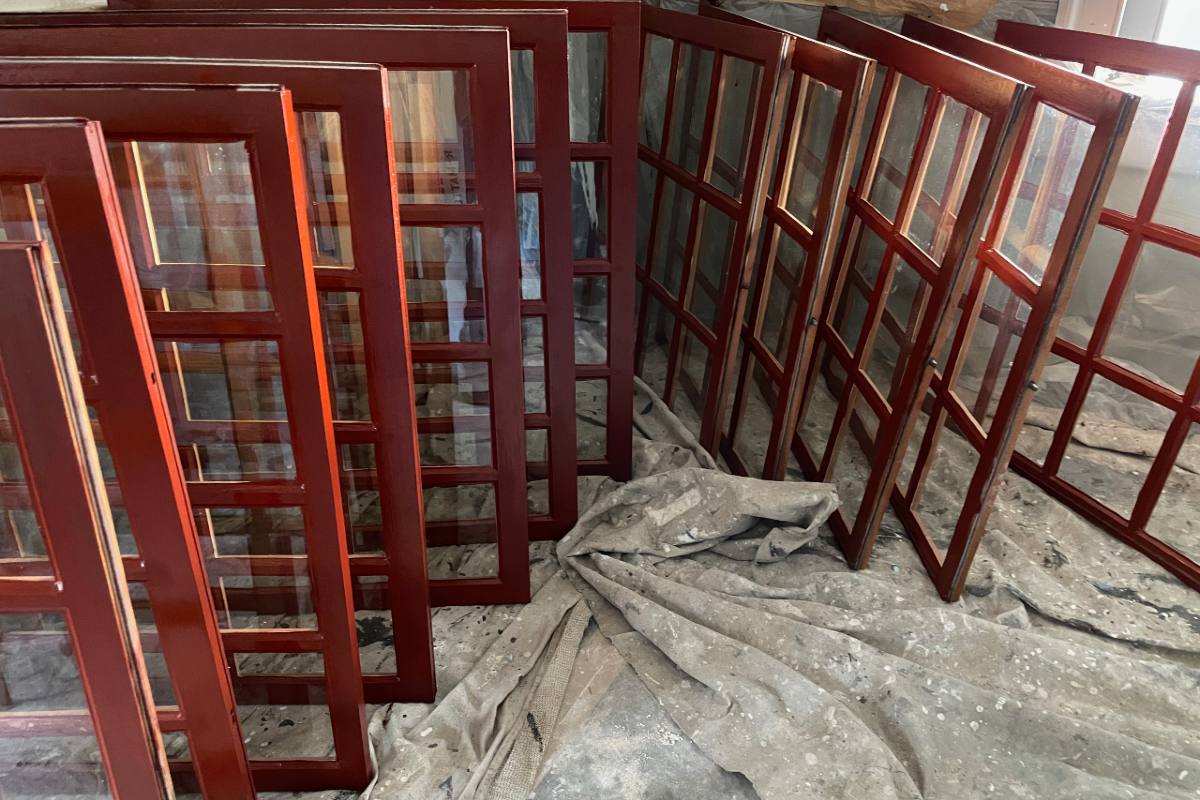 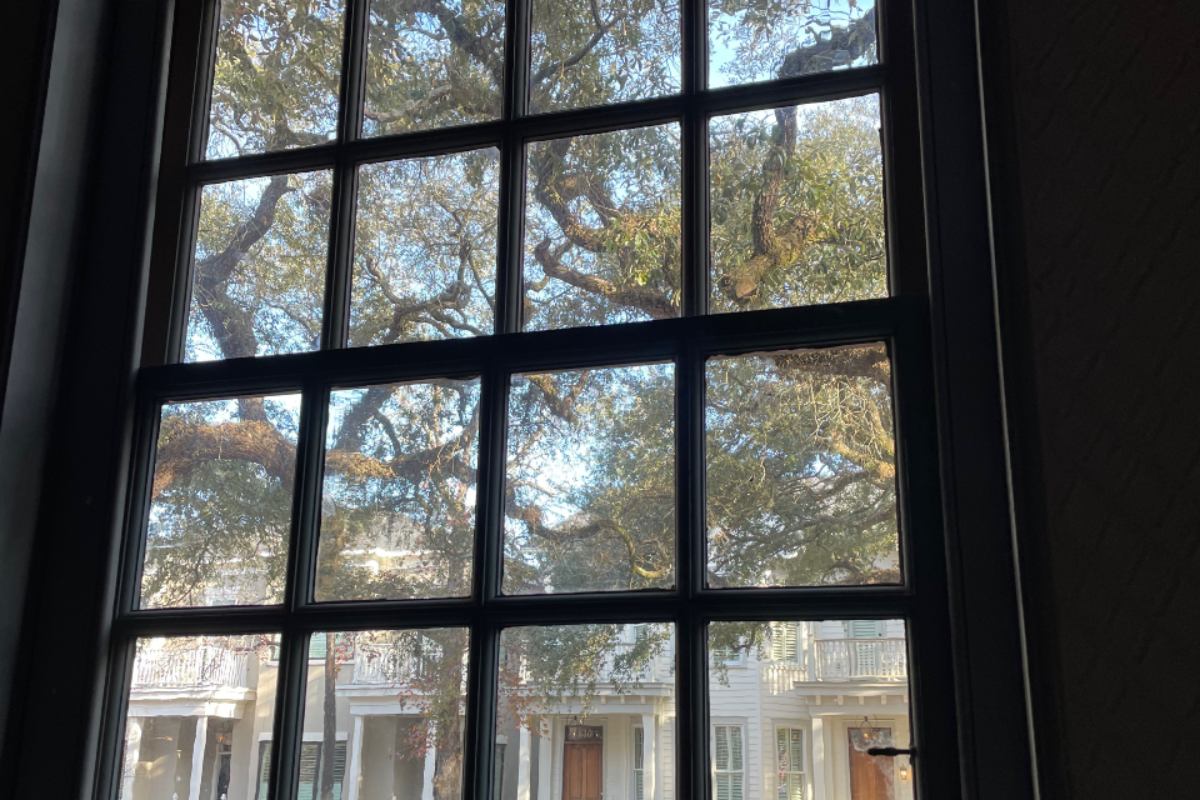 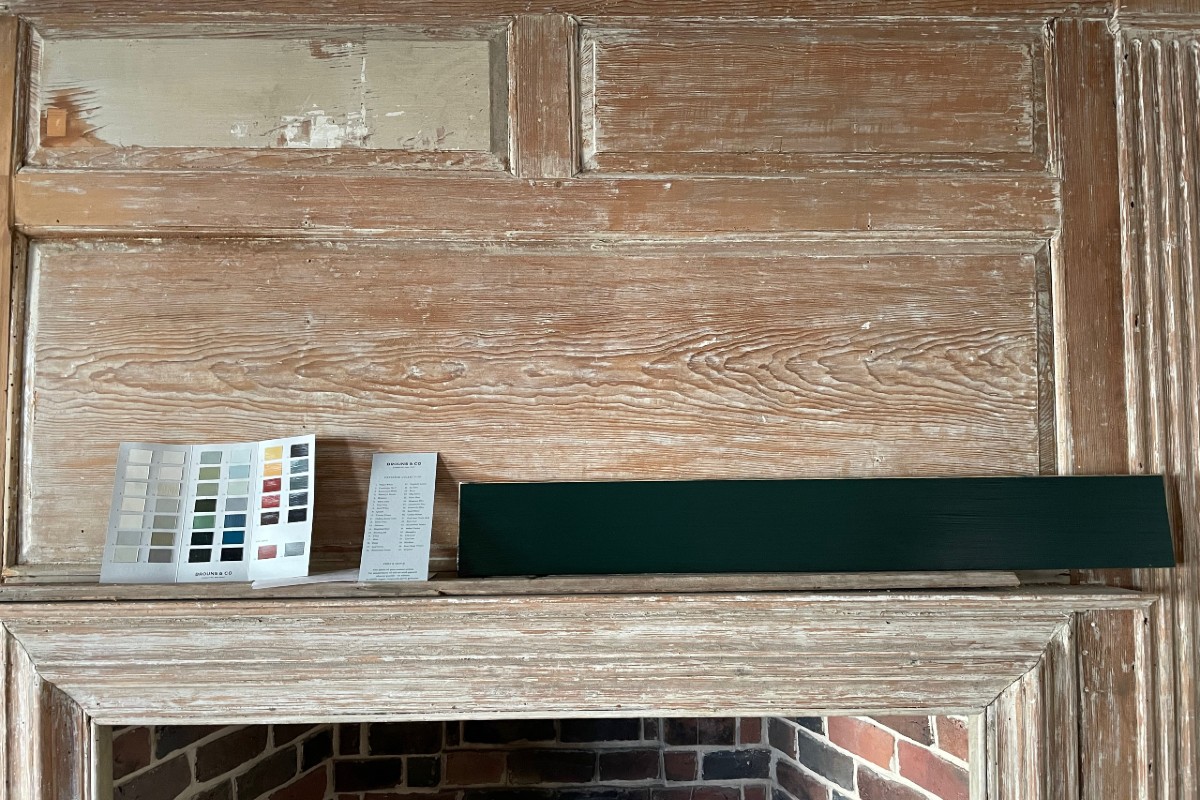